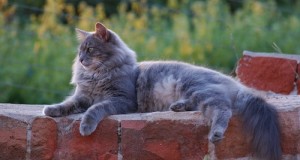 Frank L. Whiting announced this morning that Queen Nefertiti (previously known as Tiffy!) is the newest addition to the staff of The Cat Mag.

Queen Nefertiti, who is currently pregnant, will write about women’s issues.

Ms Nefertiti has been described as ‘A lady about town’!

Certain members of society have sometimes been heard to whisper, “Queen Nefertiti ain’t no lady!”

But regardless of her title we are very happy to have her working for us here at The Cat Mag, and are confident that her wealth of experience will bring unique insights to our magazine. 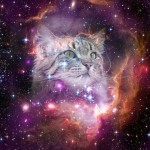 I am one with the Universe and all there is. I can feel the power within and I realize my true nature. I am radiant, beautiful, and everlasting. And I have the power to change this Universe. I am omnipotent, omnipresent, omniscient… omniCATegorical.

I am the Divine Mr D!

In a stunning announcement today Frank L Whiting confirmed that he has reached an agreement with The Divine Mr. D.

What is so surprising about this announcement is that Mr D passed away 4 years ago!

Mr D apparently reached out to Frank L Whiting from the other side and offered his services as a philosopher and astrologer.

Watch for Mr D’s musings and check your horoscope coming soon to The Cat Mag.

The name on the door was Watson & Sherlock. He thought that was hilarious. I thought it was stupid!

Watson is a private detective. Sherlock is me… I’m the cat!

He says I’m his sidecat! He thinks that’s really funny as well. I ignore him!

Times have been tough lately. The crime rate is down, and after our last case, where Woebegone almost killed the good guy’s mother, there haven’t been too many calls.

Things were so bad he tried switching me to No-Name kibble! So I threw up on his “detective hat” (A fedora in case you were wondering)! After a twenty dollar cleaning bill, he soon realized the error of his ways. I’m back to the good stuff! He’s eating No-Name mac & cheese!

Woebegone is not a very good detective… OK he’s crap! But with a lot of help from me he usually solves the case in the end and everybody is, if not exactly happy, at least mostly satisfied.

Frank L. Whiting, a wonderful cat, a true visionary, an entrepreneur, a mentor, and I might add, very attractive to the ladies, has asked me to write a monthly column for his wonderful magazine – The Cat Mag!

Although I have a very busy schedule I agreed to do it. I would not have done it for anyone else, but Frank is a truly special cat!

So, starting with the premier edition of The Cat Mag, you can ride along with me, and the idiot Watson, as we face excitement, danger and adventure on the mean streets of Toronto!

Frank L. Whiting announced today the signing of crime writer, Sherlock. Sherlock, alongside his human Watson, has worked for many years solving crimes and bringing criminals to justice.

Coming Soon to The Cat Mag! 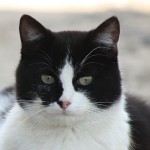 In a statement released online this morning Herbert denied any addiction to catnip, either now or in the past! Herbert said, “These rumours started a number of years ago after an online interview misprinted a word. I told the reporter I was addicted to CAT NAPS! And usually had 4 or 5 a day!” He added, “I do enjoy catnip occasionally just like every other cat but it is purely recreational.”

Herbert is looking forward to starting his new job at The Cat Mag, and says he hopes this “tempest in a teapot” can finally be put behind him.

Reports out of Hollywood say Herbert is being treated for an addiction to Catnip.

A spokesman says Herbert did suffer from an addiction many years ago but has been clean for the last 6 years.

If the rumours are true this is very sad as Herbert with his partner Cisco have just signed a long-term contract with #thecatmag the exciting new publication out of Canada entirely written by cats. 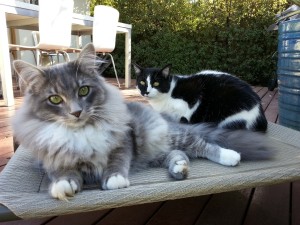 A controversy erupted last night in Hollywood when Cisco gave the movie Dawn of the Planet of the Apes 1 paw up while Herbert apparently slept through most of the movie.

A spokesman for the pair said Herbert had no comment except to say the seats at the Warner bros screening room were extremely comfortable and gave them 2 paws up. Cisco immediately countered that however comfortable the seats may be Herbert could in fact only give 1 paw up. Herbert’s response was to hiss and swot Cisco across the nose.

A spokesman for #thecatmag said that Herbert had been under a lot of pressure lately and this minor disagreement would have absolutely no effect on their relationship to each other or the magazine.

Questioned by a reporter later Herbert was heard to mutter “assh*le”. It is unclear at this time whether he was referring to the reporter or Cisco!

Unconfirmed rumours have Herbert checking into the Kitty Ford Clinic